An opportunity came up to ask guitar genius Thomas Zwijsen and singer Blaze Bayley a few questions just a couple of days before their arrival to the Czech Republic where they are both performing in Pilsen and a Chrudim club R-klub. Some of the questions were the same for both of them, but....see for yourselves….
Thomas,
How does a person become a virtuous?
By buying my online guitar course at www.KingOfTheString.com.

When I listen to your own songs I get the feeling that they are even at least a level harder than the ones most famous from you…Am I mistaken?
Composing my own songs is harder than making arrangements because I have to come up with all the melodies and harmonies myself. I made the full album with original compositions for guitar, violin, cello, drums and more. It´s called Divide and Unite and it´s available at http://www.thomaszwijsen.com/

You are performing either as a solo artist or acoustically with Blaze Bayley. Are you not tempted to play a guitar in a band?
I also enjoy playing in a band (for instant during the King of metal tour I did). However now I really prefer to be a guitarist for a guitarists audience. Playing guitar festival and events for Ortega guitars, doing my You Tube videos, guitar clinics, releasing my solo albums and touring solo and with Blaze Bayley is already quite a busy schedule.

If you could turn back time, is there anything in the past that would make you change your decision and maybe even made you give up music and become a “normal person”?
What is normal? A boring 9 to 5 day job without any travelling, fans, concerts, parties? No, thanks!

You are travelling around the world…Where do they play music we should definitely hear?
Interesting question. I don´t get the chance so much to see local music when I´m on tour though. However sometimes I get the chance to enjoy a good opening act to one of our shows. I remember great ones in Serbia, Turkey, Poland and of course Melissa in Czech Rep. (Oh, thanks a lot- PK)

You eat and drink around the world…What kind of food or drink we should definitely taste?
I usually insist on getting good and healthy food on tour. Right now I´m in Italy and the food is great! Also in Spain, Brazil, especially China were great. I would definitely not recommend eating anything in England and Austria.

You can play perhaps everything. What do you like to listen to?
On this tour during the driving: Iron Maiden, Helloween, Hammerfall, Deep Purple, Flying Colors, Bruce Dickinson, Vincente Amigo, The Offspring, Judas Priest and my fiancee is playing the Melissa CD in the car a lot.

For this interview, what would you say about Blaze? (Don’t worry he won’t find out)
He is sitting behind me now in the bus, so it is bit risky.... but I´d like to compliment him on his no sugar diet!! (Also it is great pleasure touring with such a great singer.)

Would you like to say anything that is missing in this interview and can be published?
I´d like to thank the people who are touring with me right now including our tourmanager John. Also I´d like to mention that I have just released a new double CD called NYLON METAL. It is 28 songs, mostly metal arrangements for Classical guitar. I´m looking forward to performing in Czech Republic again. 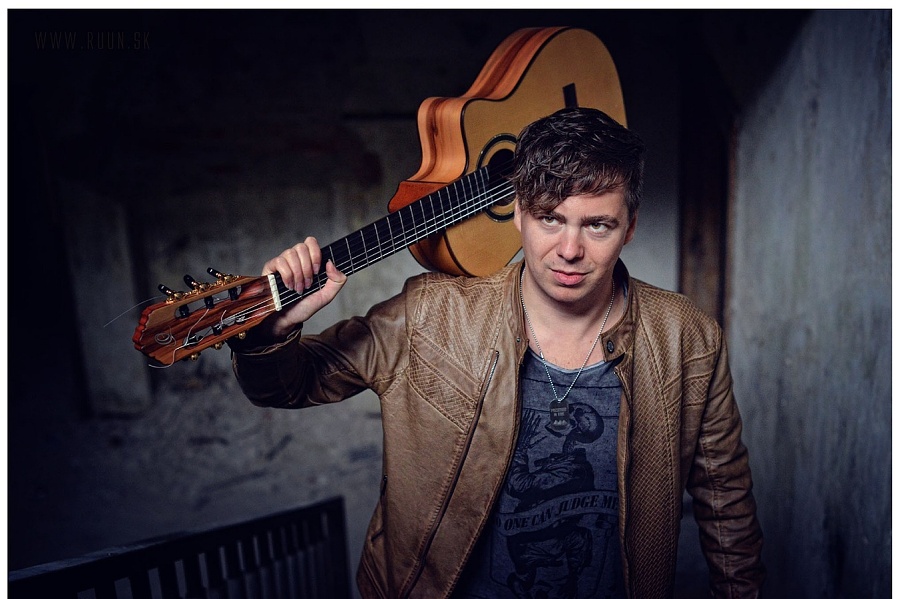 BLAZE BAYLEY:
You are one of the hardest working artists. Why? Is it passion, lifestyle or something else?
Yeah! I can´t stop! I really enjoy the live performance when I sing well and perform well. What I enjoy most of all is the song writing and taking things from the row idea, to a demo, to a completed thing. That puzzle of “How does it fit together best” is what I really, really enjoy.

The line up of the band have been steady for a while, it seems to have a positive impact as it is really noticeable in the last three albums. Do you think so as well?
Yeah. It´s great to work with them!

I know musicians for whom it would be inconceivable to go on a tour you normally go on. Do you know anyone like that as well? Is it normal in other countries that musicians don’t want to travel to play further than one hour drive from home?
All real professional that I know don´t mind travelling. You endure that travel for all the positive things you get out of it.

You have a new acoustic album December wind. What can you say about it? (I haven’t heard it yet).
I can say it´s something that I´m very very proud of in my career. I feel I have achieved with this classical acoustic album things that I couldn´t have achieved years ago. I feel very satisfied with the result and I hope that my fans enjoy listening to it as much as I enjoyed making it.

If you could turn back time, is there anything in the past that would make you change your decision and maybe even made you give up music and become a “normal person”?
Oh, yeah. There were many reasons to give up and just become a karaoke singer. I´ve been broken, broke, completely destitute. I´ve started 3 times from nothing. After Iron Maiden things went so badly.. but it´s not in this part of my life that I really enjoy what I´m doing, more than ever before. My friends and fans convinced me to never give up. I´m not sure if I could have been happy doing something else than music. I also did “normal” jobs in the past just for the money but that didn´t make me happy.

You are travelling around the world…Where do they play music we should definitely hear?
Holland!! In Thomas´ house

You eat and drink around the world…What kind of food or drink we should definitely taste?
British food! Particularly “Shepard´s Pie”.

For this interview, what would you say about Thomas? (Don’t worry he won’t find out)
He will, because he is actually typing the answers that I´m giving right now. He is a very hard working guy that has managed to make the most of his talent and had enough selfbelieve to push on and do the things he felt he had to do without listening to negative people who always say things are impossible. Thomas is one of those people that I respect a lot, because he believes nothing is impossible.

Would you like to say anything that is missing in this interview and can be published?
Yeah. I´d like to say big thank you to all of my fans, thank you for a being a part of my dream and for believing and supporting me. We would love to se you all at the gig and definitely check out our websites www.blazebayley.net and http://www.thomaszwijsen.com/

Thank you so much and see you in Pilsen and Chrudim. 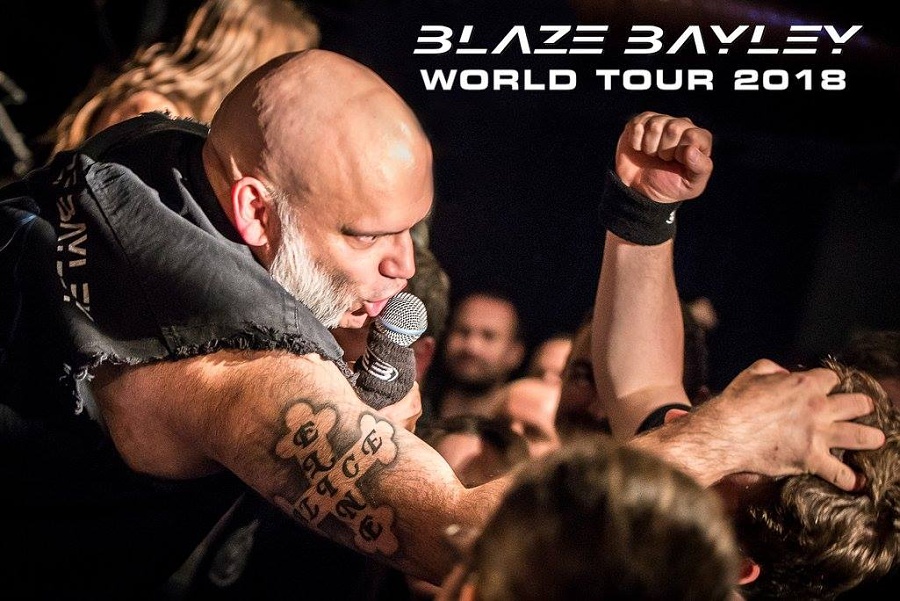 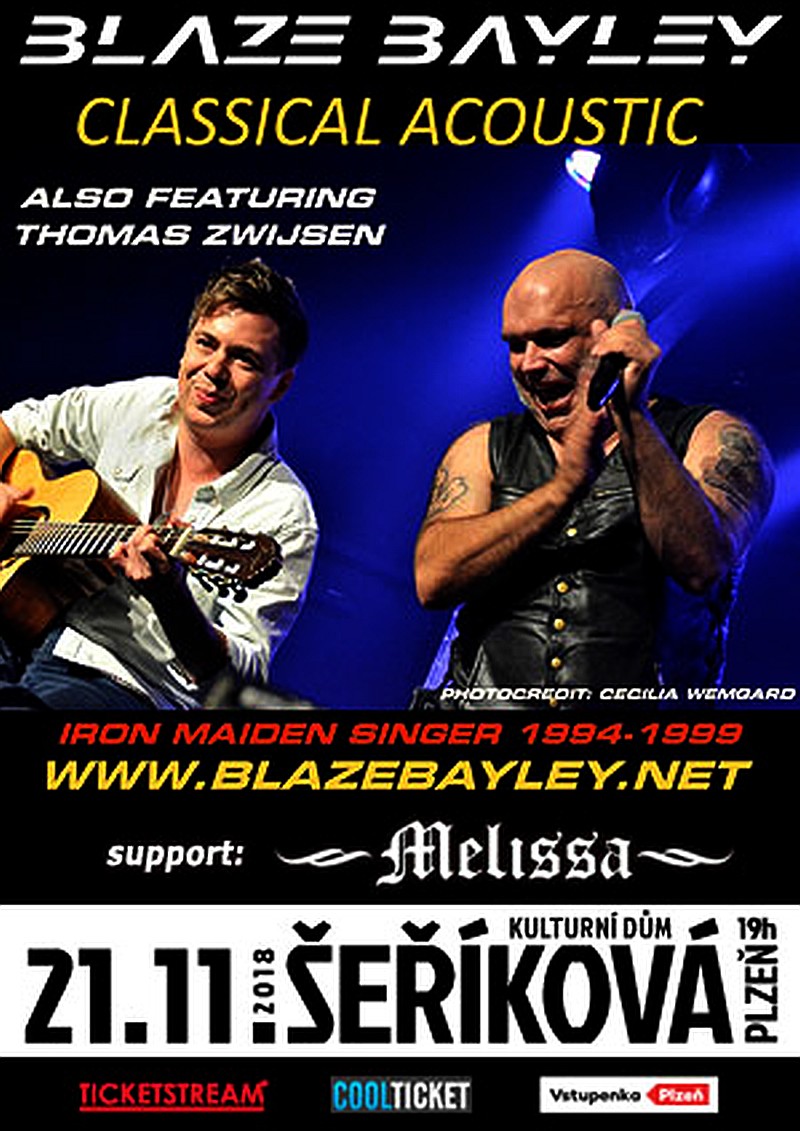